This film will be available at TERIFLIX soon. Please come back and check later to book your slot.

This film follows the journey of three women who are manipulated into giving up their selves and forced into flesh trade by cunning opportunists. The women decide to fight the odds to break free when one of them takes a stand for all three. The film is a celebration of these women's willpower and determination to fight. The film is visually splendid and packs powerful performances from Shruthi Hariharan, Shraddha Srinath, Shwetha Pandit, Bhavani Prakash and Achyutha Kumar. This film marks the directorial debut of B. S. Pradeep Varma and received 5 nominations for Best Film, 1 for Best Actor in a supporting role and won the Best Feature Film at the New York Indie Film Festival. Don't miss the climax! 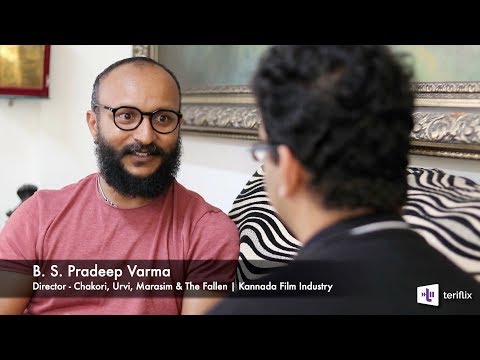 I am proud of my work and have learned a lot from making #Urvi. Come join me at my social screening, watch the film, lets talk about the film and share perspectives."
- B. S. Pradeep Varma, Director - Chakori, Urvi, Marasim & The Fallen